This is a test. 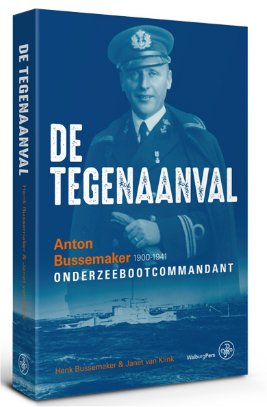 On Wednesday a commemoration service was held in Den Helder for the relatives of the crew of the submarine HM K XVI (K 16).

This submarine was sunk off the coast of Borneo during the Second World War and was found by an Australian diving team two months ago during their annual diving trip in the South China Sea. The find put an end to the long period of uncertainty for the families of the crew.

A total of 36 crew members died, including six Indonesian shipmates. Wreaths were laid in Den Helder and a few relatives spoke in commemoration of the crew members.

In the South China Sea, the Dutch submarine HM K XVI was sunk during the Second World War. Now it has been found. An Australian-Singaporean sport diving team found the long-sought submarine in early October after a tip from a local fisherman in the waters north of the island of Borneo.

Experts from the Royal Netherlands Navy have studied photo images made by the diving team. There are clear features that can only be found on Dutch submarines. From this information, together with the location of the submarine in relation to other sunken Dutch submarines, it has been determined that it is the K XVI. This puts an end to a long period of uncertainty for the relatives of the crew. The relatives were informed by the Commander of the Naval Forces, Vice Admiral Matthieu Borsboom.

In the Second World War, seven submarines of the Royal Navy were lost in hostilities, six of them during war patrols. A seventh submarine was bombed in the port of Surabaya. Six submarines had been missing for a long time. Since 1982, four boats have been localized and identified, mainly thanks to the efforts of close relatives of the crews and the Stichting Nabestaanden Onderzeeboten 1940-1945. Now HM K XVI has been found. Only HM O 13, which perished on the North Sea, has not been localized yet, causing great grief of the relatives of the crew, despite various efforts.

Katja Boonstra-Blom is the daughter of one of the crewmembers of HM K XVI and member of the board of the Stichting Nabestaanden Onderzeeboten 1940-1945: “We are very happy and grateful for all the support of everyone who contributed to finding the K XVI. We have never forgotten the crew members in all those years in which they were missing. “

The wreck of the K XVI is considered a wargrave. For this reason, the exact position of the submarine is not disclosed. Divers are requested to leave the wreck untouched out of respect for the killed crew and their relatives.

In consultation with the relatives and supported by the Royal Netherlands Navy, we will examine how HM K XVI and her crew’s will be paid their last honors.

The submarine service monument was unveiled yesterday in Den Helder. The Commander of Naval Forces, Vice Admiral Matthieu Borsboom, spoke during the ceremony about the companionship of submarine personnel, depicted in the memorial.

That companionship was emphasized by the turnout of about 100 relatives and interested parties and the active submarine service staff.

On June 20, 1947 Queen Wilhelmina unveiled the monument in Rotterdam in memory of the crew of submarines who were killed in WW2. In 1961 the memorial was moved to the submarine service in Den Helder.

At this moment we are going through all available information, helped by some experts. Thus we hope to gain a better insight in what happened during the last mission of submarine O 13.

If we find enough convincing evidence as to her location we will launch a search expedition as soon as possible.

The Dutch submarine HNLMS K XVI which was sunk in the South China Sea during World War II has been found. An Australian-Singaporean sports diving team found the long-sought submarine in the waters off the island of Borneo in early October after being tipped-off by a local fisherman.

Experts from the Royal Netherlands Navy have studied photographs of the wreck taken by the diving team and they have found distinct features which are unique to Dutch submarines. From this information, together with the location of the submarine relative to other sunken Dutch submarines, it has been confirmed that it is the K XVI. This brings an end to a long period of uncertainty for the families of the crew and the relatives have been informed by the Navy Commander, Vice Admiral Matthieu Borsboom.
In 2002, shortly after the successful expedition that found the Submarine O-20, the first search expedition for the submarine KXVI took place. Excited by the success of finding the submarine O-20, we had high hopes to locate the Submarine KXVI soon. Reality proved different. After days of searching with sonar the seafloor seemed unwilling to give away anything.